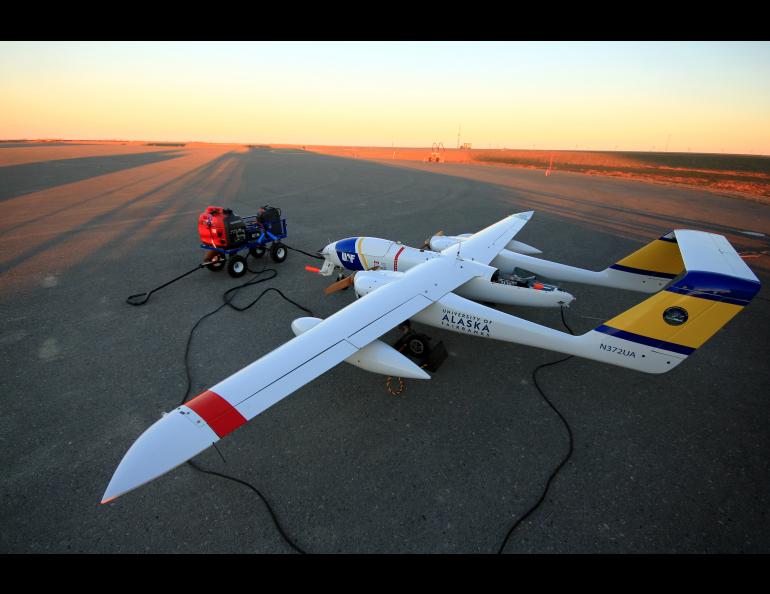 An unmanned aerial vehicle at Oliktok Point, Alaska used to map Arctic sea ice in 2018. Oliktok Point is the proposed site for a permanent High Arctic research center, discussed at a NSF-funded workshop on the UAF campus in October. Photo by ACUASI. 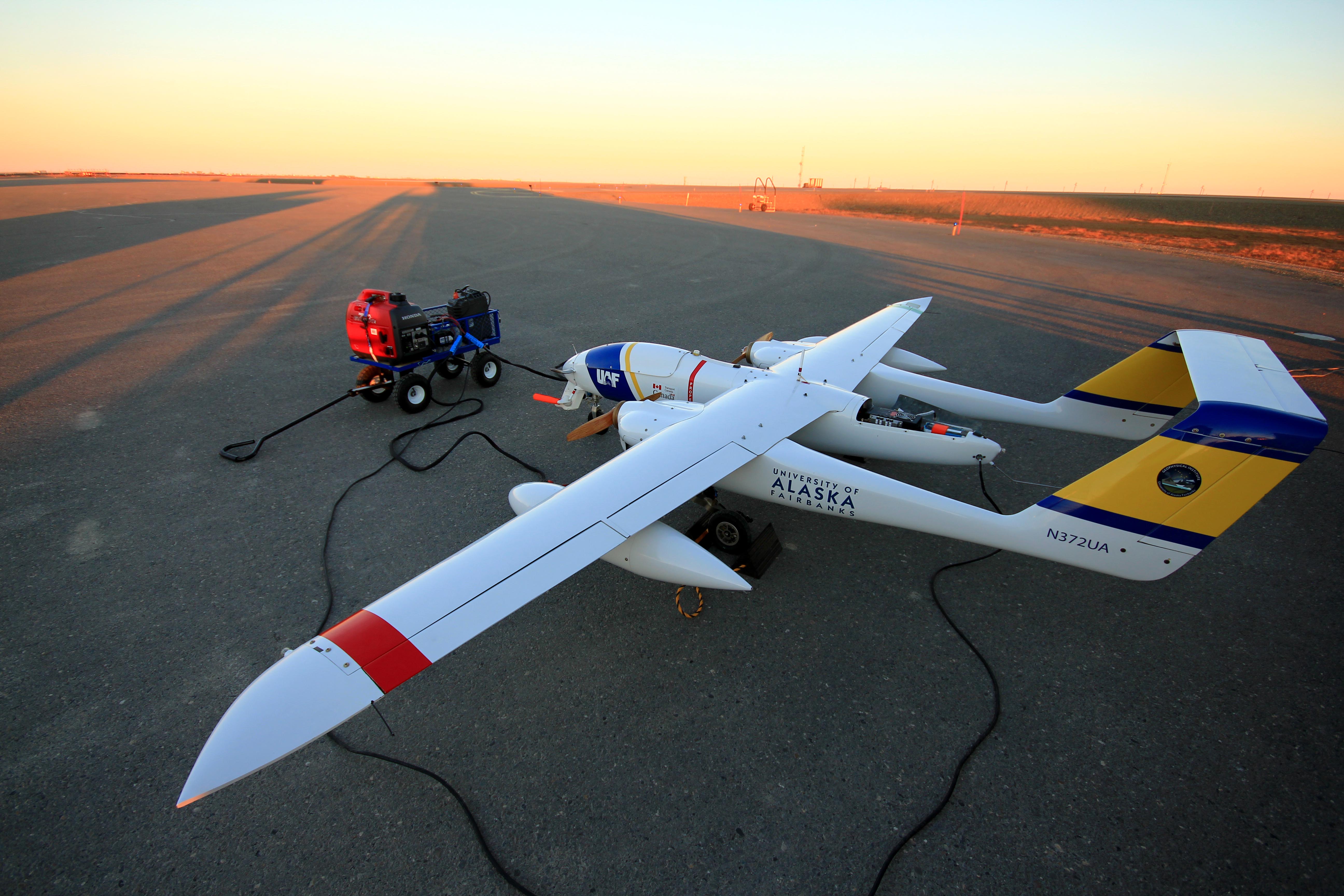 An unmanned aerial vehicle at Oliktok Point, Alaska used to map Arctic sea ice in 2018. Oliktok Point is the proposed site for a permanent High Arctic research center, discussed at a NSF-funded workshop on the UAF campus in October. Photo by ACUASI.

The logistics of doing research in the Arctic are challenging and complex. Travelling hundreds of miles through tundra, sometimes in temperatures well below freezing, to collect data in one of the most extreme environments in the world requires careful planning.

The difficulties could be cut down significantly if better infrastructure was in place. There are only a handful of towns in the U.S. Arctic, and none have adequate facilities to support long-term science missions. For example, the Dalton Highway, the only road to Alaska’s North Slope, does not allow public access to the Beaufort Sea, a critical area for ocean and climate research. None of the villages west of the Dalton Highway have any road access.

“What we need is a place where we can work year-round, 24/7, where we can access the North Slope for different types of research,” said Nettie La Belle-Hamer, deputy director of the UAF Geophysical Institute.

In late October, the GI collaborated with Sandia National Laboratories to host a two-day workshop in Fairbanks. The workshop, funded by the National Science Foundation, focused on discussing the prospect of creating a permanent Arctic research center, what it could provide and what the driving science needs for such a center would be.

More than 40 researchers from across the country in disciplines including snow science, oceanography, engineering and atmospheric science came to the GI to define their research needs for work in the Arctic.

This is the newest step for a project currently called the High Arctic Research Center, or HARC. Currently the initiative is in the early planning stages, but a potential site has been identified near Oliktok Point, Alaska.

Oliktok Point is northwest of Prudhoe Bay, directly on the Beaufort Sea, part of the Arctic Ocean. Its airspace is restricted, allowing researchers to fly drones or balloons, and the location is accessible by road via a westward turnoff from the Dalton Highway.

For scientists that is golden. Access to the Beaufort Sea means the possibility of collecting a wealth of data on ocean conditions right from the door of the lab. Restricted airspace is critical for rapidly growing research fields that use unmanned aerial vehicles, and a road means year-round access.

Currently, the site has rudimentary laboratories and shelters but no place for researchers to stay. They have to turn around and drive 50 miles south to Deadhorse, a hefty commute on a rough road, often in stormy weather.

If HARC became a reality, it would mean construction of permanent laboratories and housing for researchers. This option would ultimately cost less and make it possible to collect better data than the current situation, which can require transportation and logistics that are quite expensive.

La Belle-Hamer considers this a long-term investment in the U.S. Arctic.