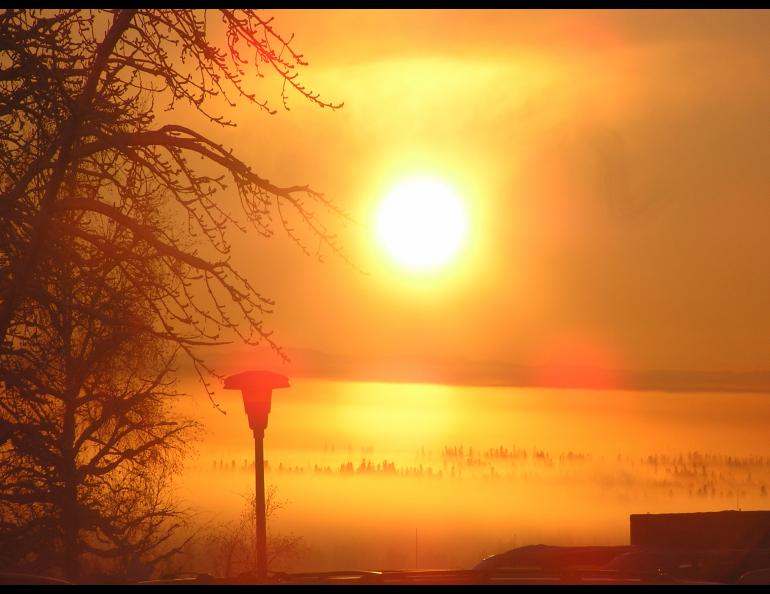 Ice fog settles over Fairbanks in this 2006 photograph made from the University of Alaska Fairbanks. UAF photo by Debbie Dean 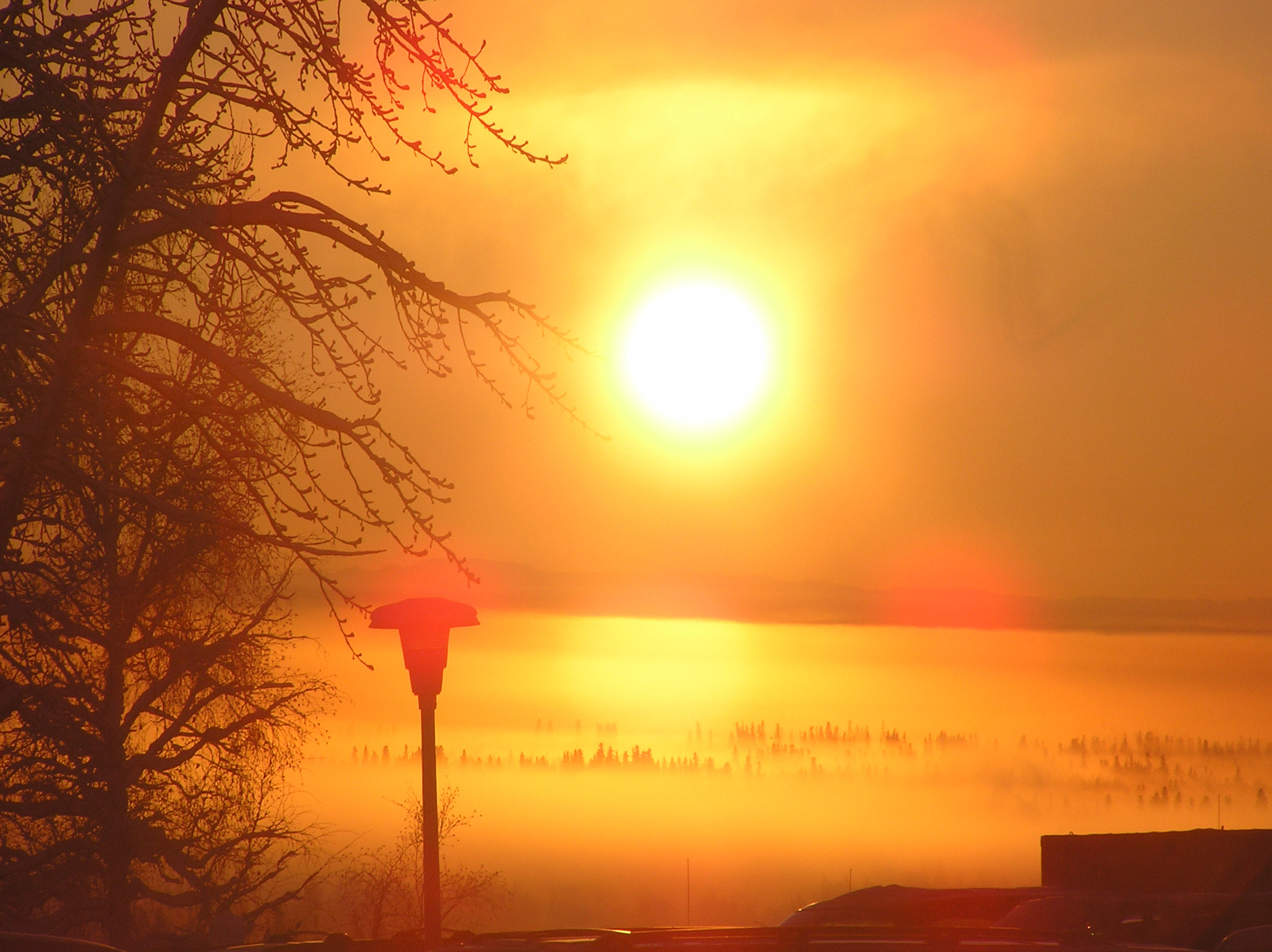 Ice fog settles over Fairbanks in this 2006 photograph made from the University of Alaska Fairbanks. UAF photo by Debbie Dean

A chemical compound discovered in 2019 in Fairbanks’ wintertime air accounts for a significant portion of the community’s fine particulate pollution, according to new research that seeks to better understand the causes and makeup of the dirty air.

The finding is the first measurement of how much hydroxymethanesulfonate, or HMS, is in Fairbanks’ air.

The compound constituted 3% to 7% of the total amount of particles less than 2.5 micrometers, or PM 2.5, during pollution episodes. That amount is substantially higher than observed elsewhere, leading the research team to conclude that Fairbanks’ extreme low temperatures are a factor in the compound’s formation.

“People in the community really are not aware of this,” said Jingqiu Mao, principal investigator on the research. “We feel it's important to inform the community about this new chemical compound in Fairbanks.”

“Very little is known about the health impact of hydroxymethanesulfonate,” he said. “This compound is new to us in the atmospheric chemistry and air quality communities. We didn't know this compound could be so abundant.”

The research was published in May in Environmental Science & Technology and authored by James Campbell, a graduate student of Mao’s. The work included scientists from the University of Alaska Fairbanks Geophysical Institute, Georgia Institute of Technology, Johns Hopkins University and NASA’s Goddard Space Flight Center.

The research paper is the first produced under a three-year National Science Foundation grant.

Fairbanks has been under mandate by the U.S. Environmental Protection Agency to improve its wintertime air quality and has been working for years to do so. The community and state face penalties for noncompliance.

The new HMS finding is also significant because recent studies have revealed that hydroxymethanesulfonate can easily be mistaken for sulfate, potentially making prior air pollution measurements inaccurate. Studying HMS also enables a better understanding of other chemical reactions in ambient aerosols in Fairbanks’ winter months.

“A lot of sources contribute to PM 2.5,” he said. “But when you start thinking about improving air quality, which part should be dealt with first? And what are the consequences of that?”

The research team studied Fairbanks’ air in two winters: January to March 2020 and December 2020 to February 2021. Data came from instruments placed near the UAF Community and Technical College in downtown Fairbanks and at a nearby state Department of Environmental Conservation site already measuring total PM2.5, sulfur dioxide and temperature.

Scientists have known that hydroxymethanesulfonate forms through the combination of sulfur dioxide and formaldehyde, which combine when they are attracted to liquid particles in the atmosphere.

Scientists don’t know, however, to what extent factors such as the acidity of the atmospheric droplets, temperature and humidity lead to HMS formation.

They also don’t know which source is most responsible for HMS formation in Fairbanks. Sulfur dioxide comes from combustion of fossil fuels, including heating oil and coal. Formaldehyde likely gets into the air from burning wood.

Studies have shown that wood smoke contributes 40% to 70% to the wintertime PM2.5 mass concentration in Fairbanks.

“Fairbanks is one of the few optimal places for HMS formation,” Mao said. “And that is not necessarily a good thing.”