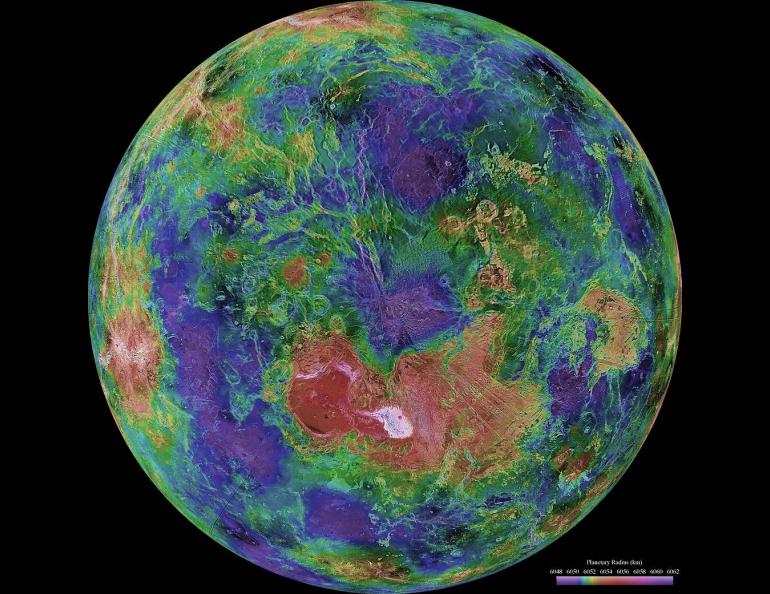 This hemispheric view of Venus was created using more than a decade of radar investigations culminating in the 1990-1994 Magellan mission, and is centered on the planet's North Pole. Image: NASA/JPL/USGS 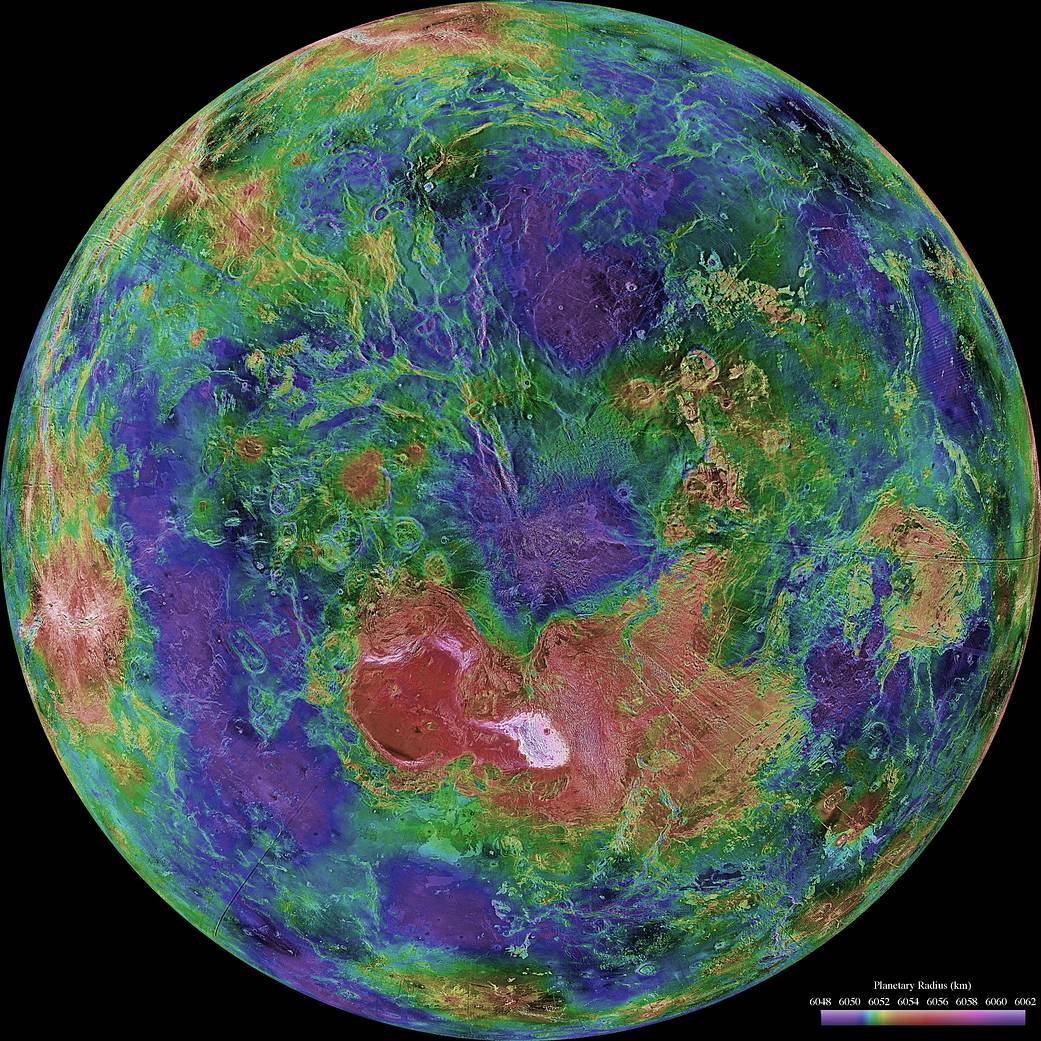 This hemispheric view of Venus was created using more than a decade of radar investigations culminating in the 1990-1994 Magellan mission, and is centered on the planet's North Pole. Image: NASA/JPL/USGS

NASA has approved two missions to Venus, and that means University of Alaska Fairbanks Geophysical Institute research professor Robert Herrick is going to have a lot more to do.

Herrick is on the science team for one of those missions: the Venus Emissivity, Radio Science InSAR, Topography and Spectroscopy mission, or VERITAS.

The two missions, announced Wednesday, June 2, 2021, mark NASA’s first return to the cloud-covered planet since the Magellan spacecraft launched in 1989. That mission ended in 1994.
“It’s been three decades of waiting for a new NASA mission to Venus, so I’m thrilled to be a part of one that was chosen,” Herrick said.

NASA approved the latest missions as part of its Discovery Program, which began in 1992 and allows competing teams of scientists and engineers to design missions to explore the planets of our solar system.

VERITAS was one of four proposals announced last year as finalists for this latest round of missions. VERITAS and another selected Venus mission, DAVINCI+ , will each receive about $500 million for development.

“While many think of Mars as the solar system’s most Earth-like planet, the resemblance is superficial,” Herrick said. “Venus is Earth’s true sibling; it is much closer to Earth in size and has a more similar geologic history.

Past missions revealed that, like Earth and unlike Mars or the moon, Venus has mountain ranges and other features that indicate that portions of the surface have moved horizontally relative to each other.

“But those missions also revealed that Venus does not now have plate tectonics,” he said. “We’re right on the cusp of figuring out what Venus has instead. To do that, we need to understand more about the geologic history of Venus, which is what VERITAS will provide.”

VERITAS, scheduled for a launch in the 2028-2030 timeframe, will orbit Venus and produce high-resolution images and topography of the planet’s surface and obtain information about the planet’s largely unknown geology, according to NASA.

Because of Venus’ thick, opaque atmosphere, VERITAS will use radar to obtain images and topography of the surface, and an infrared camera to obtain basic compositional information about the surface rocks. Through clever processing of the spacecraft tracking data, VERITAS will also improve our knowledge of Venus’ gravitational field to learn about the planet’s interior.

Venus is similar in size to Earth but is radically different. Thick clouds of mostly sulfuric acid obscure the planet’s entire surface, causing a runaway greenhouse effect. Surface temperature is about 900 degrees. The surface air pressure is 75 to 100 times that on Earth.

Herrick will be involved in VERITAS in two ways. As part of the science team, he will study the impact craters of Venus to gain understanding of the planet’s history.

“They serve as little indicators of the progression of time on a planet,” he said. “Impact craters are affected by things like later volcanism.”

Herrick’s other responsibilities involve overseeing the process of archiving and releasing the mission data to the public.

The VERITAS mission will be led by NASA’s Jet Propulsion Laboratory in Southern California. Mission partners include Lockheed Martin, the Italian Space Agency, the German Space Agency and the French Space Agency.